GAY PRIDE: In the wake of Orlando 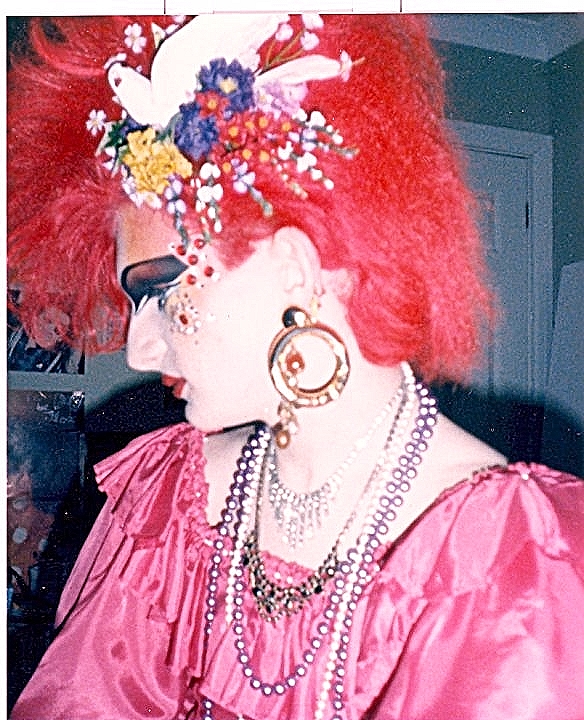 Back in the mid-`80s, when I was a New Romantic and used to dress like the bastard offspring of Marie Antoinette and Boy George, I’d get abuse on a daily basis. But it set me up for life. Because when someone – even in 2016 – walks past and calls me a poof – or worse – let me tell you: when you’ve been chased by twenty drunk lads through the streets of Birmingham wearing a shocking pink ball gown, with an ornamental dove attached to your head and flowers pinned in your hair, when you’ve been chased and still made it to the club with the bird intact, not so much as a crease on the ball gown on and not even a bead of sweat has sullied your make-up…tell me, do you really think calling me a poof is going to bother me in 2016? Not that anyone should have to put up with any sort of abuse, whether it’s based on sexuality or appearance or anything, I guess I’m fortunate in that I’ve got a thick skin. But not everyone does. And those who aren’t comfortable in their own skin, whatever is going on in their own heads can manifest itself in the most dreadful ways. The amount of teenagers who still commit suicide because of homophobic abuse is tragic, wasteful and shameful. And then, there are those who turn their shame on others. Which brings me to last Sunday’s shooting in Orlando. So, it now seems to appear that Omar Meteen was gay or bisexual. Now, having seen Meteen’s father talking on TV about how it is up to God to punish homosexuality, and Mateen’s ex-wife saying that his father had on several occasions called Mateen gay in front of her, Mateen had obviously been indoctrinated with some notion that to be gay is shameful, irreligious…well, whatever notion had been planted in his head resulted in forty-nine deaths and fifty-three casualties. It’s pointless to point the finger of blame but surely it is the duty of all parents, communities, governments and religious leaders to stop presenting homosexuality as some unnatural, abominable sin? Really, does it matter who sticks what where as long as it isn’t rounds of ammunition in innocent people’s bodies whose only ‘crime’ is being gay?  I was amazed a couple of years ago when some guy told me he’d be appalled if his daughter grew up to be lesbian – and he wasn’t some religious fanatic, just a ‘regular’, middle-class white guy. Now, I haven’t been on a Gay Pride March for about fifteen years, and I’ll hold my hands up and freely admit that my opinion has long-been ‘I don’t need to, what relevance does Pride have to me? I’ve been ‘out’ since 1984.’  But, attending the Soho vigil in remembrance of the victims of the Orlando massacre has altered my opinion. Because when some guy is so fucked up by his sexuality that he shoots forty-nine people dead; when James Howell – who it transpires is also gay – thinks that it’s okay to go to L.A. Gay Pride with a car-load of weapons and explosives; when a supposedly civilized country like Russia persists with an increasingly regressive stance on LGBT rights to the point that gays and lesbians are forced to leave their homeland simply to live lives free of persecution; when homosexuality is still punishable by death across the globe; when religious leaders from ALL faiths continue to condemn homosexuality; when even one guy thinks it would be a fate worse than death for his daughter to be gay; when someone still thinks it’s okay to call me a poof in 2016, well, THAT is why Gay Pride is even more relevant than ever in 2016.

Pete Burns: A night to remember…