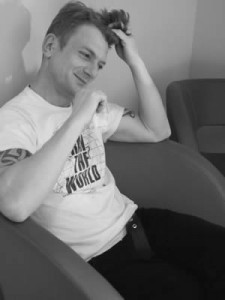 After developing a first-hand interest in the transformative powers of make-up as one of the pre-eminent New Romantics on Birmingham’s thriving 80s underground scene, Carl Stanley moved to London to begin applying his magic to others. Carl has worked as a freelance Make-up and Hair Artist since 1989, establishing himself as one of the UK’s premier session artists, working with several high-profile photographers including Rankin, Terry O’Neill and Lord Snowdon. His ethos is on finding the balance between the fashionable and the wearable so that when creating even the most extreme looks, the personality of his subject – whether they are models, celebrities, or make-overs – always shines through. He believes shoots should be professional as well as fun, and beyond his technical ability, and an old-school reliability and punctuality and focus on his job, it is his role to ensure that his model will be relaxed and ready to perform from the very first frame to the last. Beauty is beyond skin-deep; it is about inspiring a total sense of confidence and wellbeing.